Anti-Postcard from NYC: Interview with Michele Kaplan about oppressive language

"Anti-Postcard from New York" is a monthly column by Malú Huacuja del Toro, originally published in Spanish in "La Digna Metáfora," a magazine specialized on Arts and Culture, based in Mexico City. The Spanish version is  here.

“Sometimes people speak without knowing what they are saying. One thing is free speech and another different one is the consequence of language . . . ”
«««««««

We will probably need a new mass-and-power expert like Elías Canetti in this era of online communication to explain how the social media user is dehumanized. Or maybe not. Maybe, these kinds of phenomena are as ancient as prehistory. Either way, it is likely that some supporters of the new Mexican Wikileaks page “Mexicoleaks” which was partly sponsored by a Nederland’s Government Agency are the same who previously yelled “faggot” to the Dutch soccer player who had the Mexican team loosing at the World Cup.

Maybe they are also the same who re-tweeted one-hundred times the video of the Mexican girl’s singing “faggot,” and the same ones who made fun of the Dutch girl singing an elegant video-response.

At any rate, the release of a new, controversy-surrounded Mexican Wikileaks site has put the freedom of speech debate on the foreground, including the right to congratulate the Dutch people if they help their favorite Mexican journalist Carmen Aristegui1 but also the right to call them “faggots” if they win over the Mexican football team.

When it comes to such debate, freedom can take the form of anything, from that of an angel to an insulting statement against a demographic group, including women, homosexual people, or Indigenous people, since we are only defending our right to speak, not the meaning, and the context of what we say.

As long as the debate does not going beyond those basic limits, “faggot” will be the emblematic word that defines our country, while “freedom” will characterize the Netherlands. Is that what we want?

In order to get a better insight about this phenomenon I have requested an interview with one of the women who is most “able” to explain it: Michele Kaplan. Paradoxically enough, demographic statistics classify her as “disabled” because she has been living on a wheelchair for four years now.

Perhaps because she wanted to be a poet when she was young and she studied English Literature, she is now interested in what gives freedom – or in contrast, chains – to concepts. Ms. Kaplan is also the initiator of activism on wheels inside the anti-systemic movement Occupy Wall Street. It was because her effort that protesters started to care about including the community of people living with disabilities and to question ableism (discrimination against people with disabilities by people who are in full use of their faculties).

“In the earlier days of Occupy Wall Street, I asked the question: How can the movement be more inclusive to wheelchair users?” she said at an Occupy on Wheels teach-in2.  “Camping out is not accessible to us is. The response I got was this: ‘Are you fucking kidding me? This is a revolution. What next? A massage table?’ But I realized that the response does not represent the entire movement. In addition to that, in most cases, it comes down to a matter of perspective. If you don’t use a wheelchair, it’s very common and natural to see steps as just steps, opposed to an obstacle. It’s the same as if you’re extremely wealthy, then you wouldn’t have the perspective of someone who uses food stamps and vice versa.”

Kaplan asked her audience, “How many people here know that it only takes one step to block a person in a wheelchair from entering a building?”. Then, as an example, she described a rally on Valentine’s Day that was going to be “a bed-in à la John Lennon/ Yoko Ono,” where there was a mattress placed in a dry fountain where people were going to sit and lay on. “The problem: the water fountain was surrounded by steps. I held up my protest sign that read ‘The Revolution IS Wheelchair Accessible’.” Some organizers came over and asked her what could be done about it. The solution improved their theatrical protest because the mattress out of the fountain made it more visible. “More people got involved. They probably didn’t dare to do so when the mattress was inside the fountain,” she said.

Kaplan is also a photographer, a drawing painter and a big ally of the rebel part of Mexico. At the center of the crowd welcoming the Ayotzinapa representative, teacher Felipe de la Cruz in the legendary Union Square in March, you could see her slight body shape taking pictures just as she has done in other rallies protesting the assassination of the Zapatista teacher Galeano.

Q: Tell us about your effort to create awareness on language and discrimination.

MK: When you point that out, people often complain that "oh you're limiting my free speech" but they are confusing free speech with the consequence of language. Those are two different things. Technically, you can say it all you like but it will be hurtful to a community and you will sound ignorant. There is a difference between free speech and the consequence of language. Sometimes you ask yourself, why does other people get to just rant and rave and I am being too excessively mindful in my language, but at the same if you just lose your cool and never educate people, then things will never change.

Q: You have been attacked for pointing out the use of words, and there are even people defending their right to say them if the referred community use them as well . . .

MK: I think if an oppressed community decides to reclaim a word, that is their prerogative. However, other people feel like, “Hey! That's not fair. If you can use, then I should be able to use it as well,” which really begs the question: how often were you using this derogatory that now that you can't use it, it really puts a dent in your vocabulary?

Q: I remember someone once criticized you harshly because some of your friends call themselves “lames” and you don’t complain . . .

MK: The word lame is a specific example in the English language, where people have no idea how derogatory it is. It actually has two meanings. One referring to a person whose leg or foot is impacted due to an illness or injury. But it also means “bad,” as in weak. You often here “That movie was so lame” or it was so bad. It's similar to how sometimes people will use the word gay, as in a person who is homosexual, but also to describe something negative. “That book is so gay,” as in “so bad.” And I don't think people always understand this, but problem is, if the powers that be can justify oppressing one group, they can justify oppressing any group (including a group of those people complaining about being criticized). At least in America, that is what happens: the powers that be work very hard to keep the people separated. There is this idea that there is not enough to go around and so you better get yours, before your neighbor gets his. And so it often leads to separate groups fighting separately for their rights. And the powers that will often say, okay we'll grant you these rights, but it will be on the backs of this group. It will be at their expense. I think it's because the powers that be know that if the people united, they would not be able to stay in power.

Q: You were an activist since you were 15 year old but you were not always living on a wheelchair. How can you manage to stay calm when someone claims he has the right to insult you on behalf  of “freedom of speech”?

MK: Of course, there are many instances where people are aware that they are being discriminatory, but I like to at least give people an opportunity to step up and evolve. The trick is to educate people and explain to people in a mindful manner. In a way where you don't just start yelling and going off on people. That you keep in mind what you want to accomplish and then choose language that works towards that goal. That is very important but easier said than done. I often take a lot of deep breaths before I start answering (laughs). But I think when you do that, you will find people who are willing and want to learn. People who just didn't know and want to do better. Well, I think in our society (at least in America, though this may be universal), there are so many instances of oppression, so many oppressive words and sayings that are not only seen as completely socially acceptable, but are embedded into the every day English language, where people don't even realize what they are saying. You'll always find people who will say "what's the big deal?" "don't be so sensitive" and tell you that you are limiting their free speech, but I have found that the more I do educate people, the more people speak up so it's not just me.

“PLEASE, LET’S NOT DO IT AGAIN” – ON NAFTA AND WHY MEXICO’S POOR ARE NOT TO BLAME

INTOLERANCE AND “THE TRUMP EFFECT”

Beyond Sean Penn's Fiasco: Mexico's Alleged War on Drugs is not a movie

A Shirt With a Heart Seized in a Heartless UN Building

Anti-Postcard from NYC: Interview with Michele Kaplan about Oppressive Language
The Israeli-Palestinian Conflict at the XXVII Guadalajara Book Fair 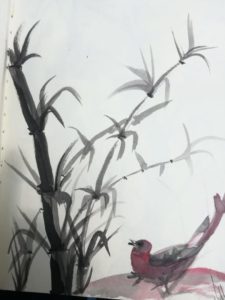 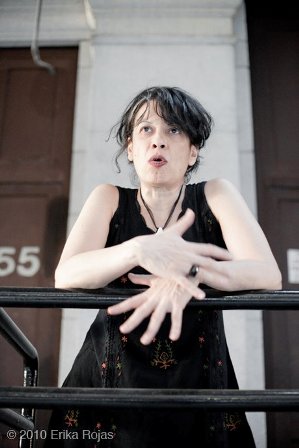 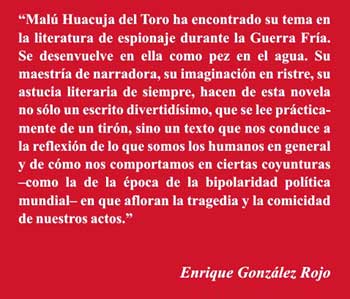